The Art of Props Making 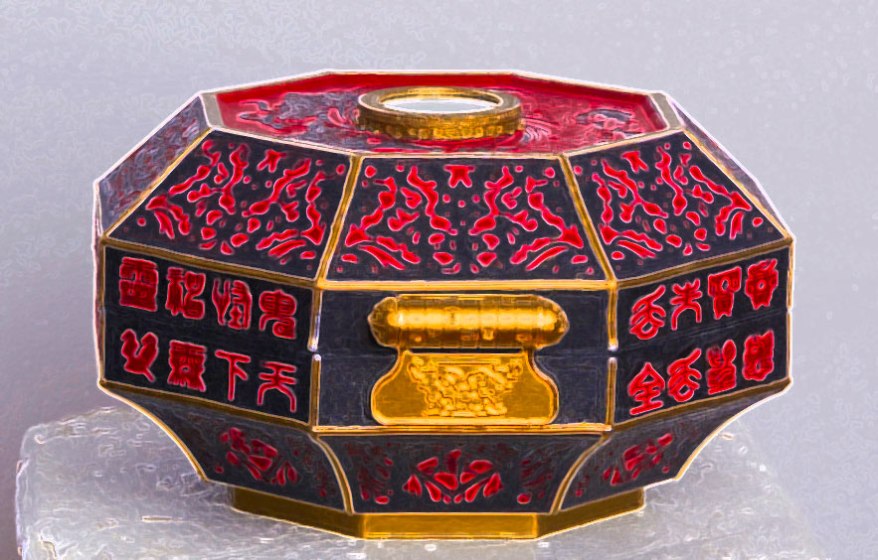 As some of you know I work in the film art department in Toronto. Once in a while I am tasked with creating a prop or two. I would like to share with you the process of creating a prop from start to finish. I am able to talk about it because the movie (Wish Upon) was released in July 2017.

The prop in question is a magical Chinese music box that can open and claim your soul. Lovely Valentine’s present isn’t it? The box has very specific scripted information on the exterior and a very powerful look in the interior.

Generally there are four major steps in creating a hero prop (one that will appear prominently in the film): conception, prototyping, assembling and detailing. 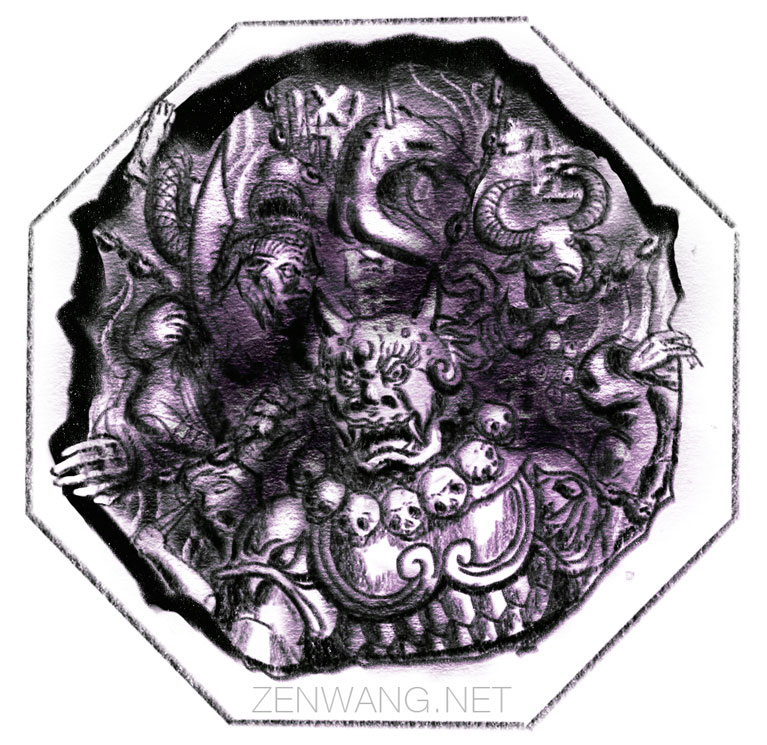 This is a Concept Sketch I did

Conception: This is usually done by the Production Designer. He/she draws a sketch or collects a set of reference photos. In our case he found his inspiration from a book he got from Hong Kong among other things. He then passes his photos to me, Assistant Art Director.

I took the photos and start my own sketch. I use my own training and cultural background as my basis. We go back and forth a few times until he and the director sign off on the concept (see photo above). 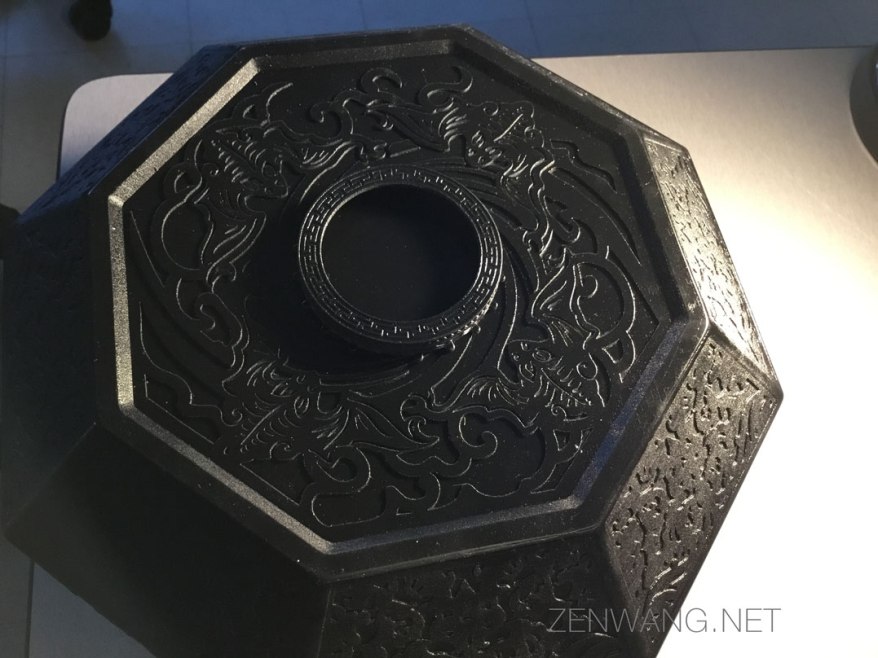 Prototype and 3D model of the prop before production 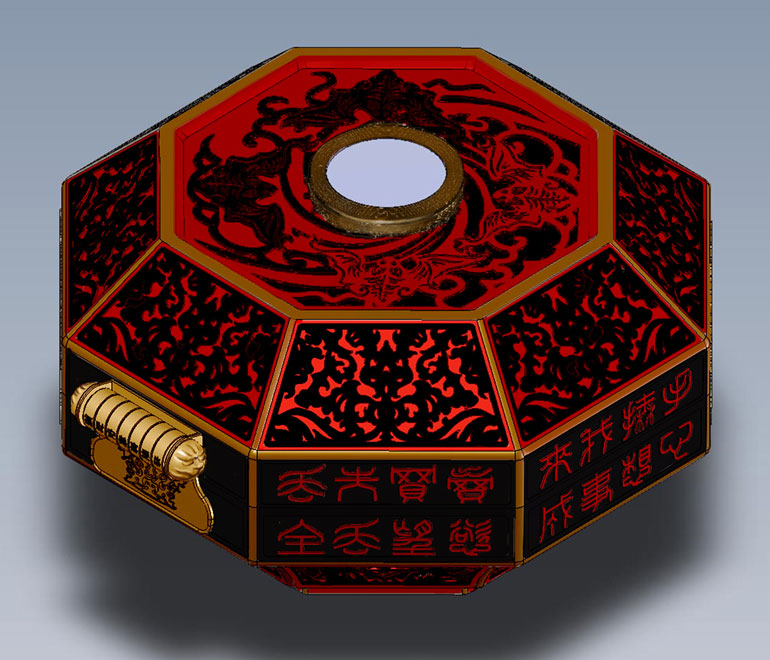 Prototyping: The size, shape and design of the hero prop is very important to the look and feel of the film. The best way to make sure what you are building is appropriate is to get a prototype to the director before we spend a lot of time and money. We used a local 3D printing shop to help us accomplish this task. 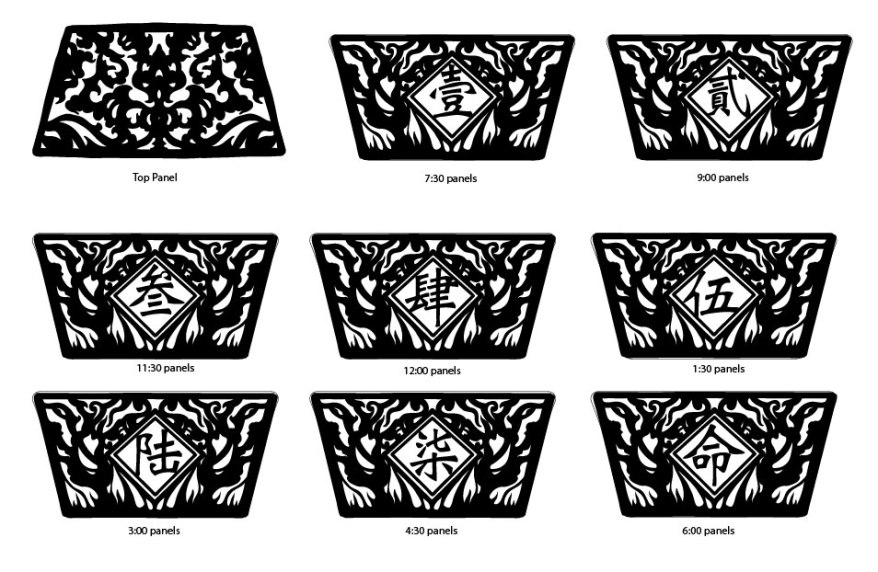 Box panel designs I did in Procreate and Illustrator

For the exterior, I gave them the sizing and the art work. They assemble the model in the computer and produce a 3D prototype for us. For the interior, I sculpted the demons in bakeable modelling clay and gave it to the 3D print shop to scan into digital format. Once the sculpture is scanned they can print the interior out using a plastic resin. 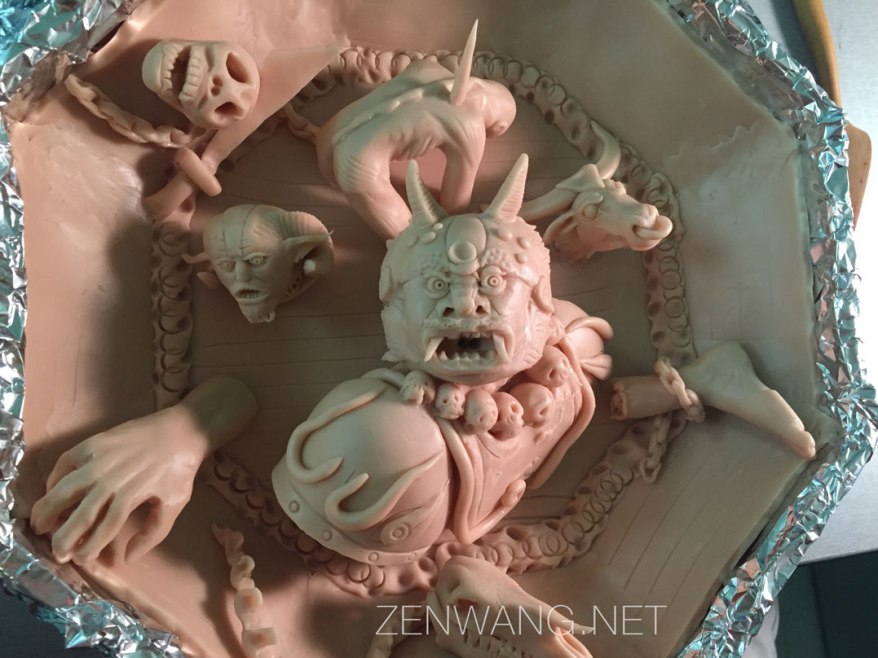 I sculpted the original using tools made by my grandpa. 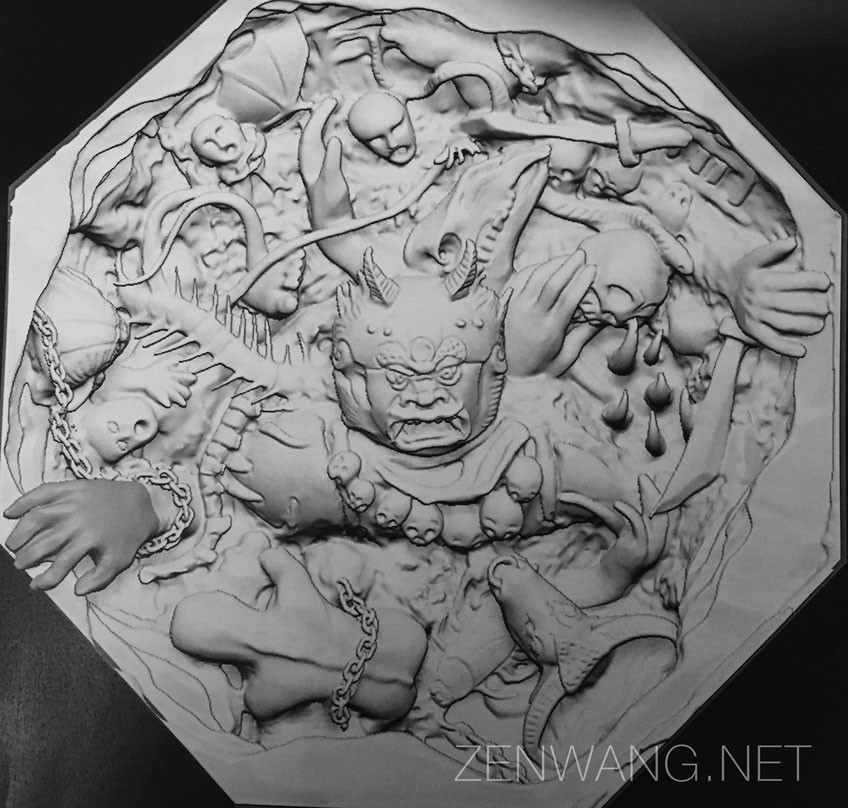 A digital scan of our sculpture

Assembling: The music box is made of many different components. They range from plastic, rubber, lead to clay, brass and glass. Of course the outside is also meticulously hand painted by our painter. The mechanical portion was outsourced. It is actually part of an antique music box, and it worked as well.

Due to the tight scheduling of the film I went to the office on a Sunday to put everything together. The director loved the music box and said: “Great! Now let’s have three more.” In film you usually have multiples of a hero prop in case one gets damages. For this film we did have four boxes but not all of them have the intricate interior. 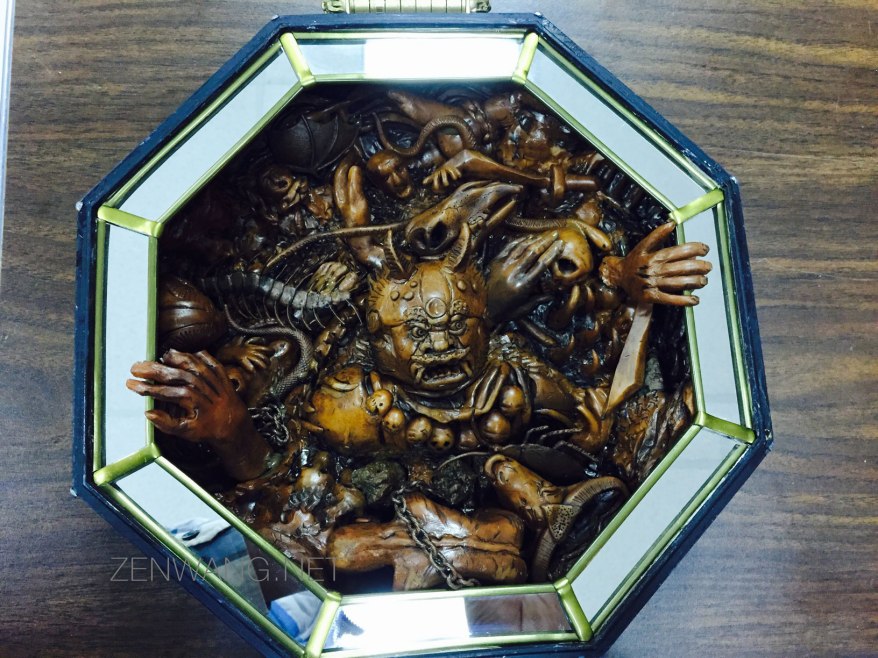 Our paint shop did an amazing job for the infernal section

Detailing: The devil is in the details. For the box exterior I had to dig deep into my knowledge of Chinese calligraphy to find an ancient font. Every Chinese character was hand written on a digital tablet and then digitized. The decorative patterns had hidden faces in it if you look carefully. The bottom of the box had mysterious writings on it and also foreshadows the death of one of the characters in the film. 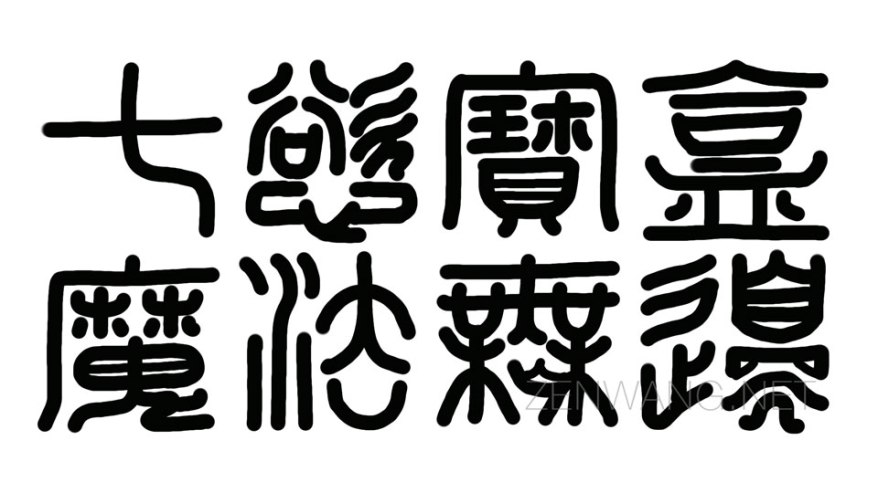 Much research was done to ensure cultural accuracy 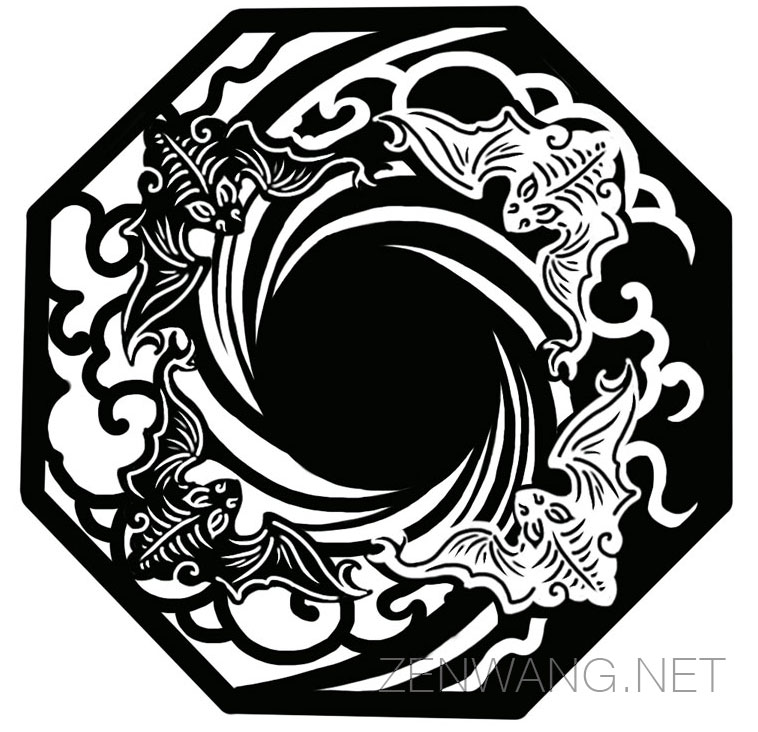 The lock of the box was produced in brass. Even Though it can rotate by itself the action was not smooth enough. So post-production animated it to make it perfect. The interior of the box was inspired by Dante’s infernal. It had several types of demons and monsters. If you look at it closely it foretells the seven incidents that happens in the story. My assistant Sally Van was a big help. The main monster’s face was modelled after a Japanese sculpture. I altered it to make it more Chinese. 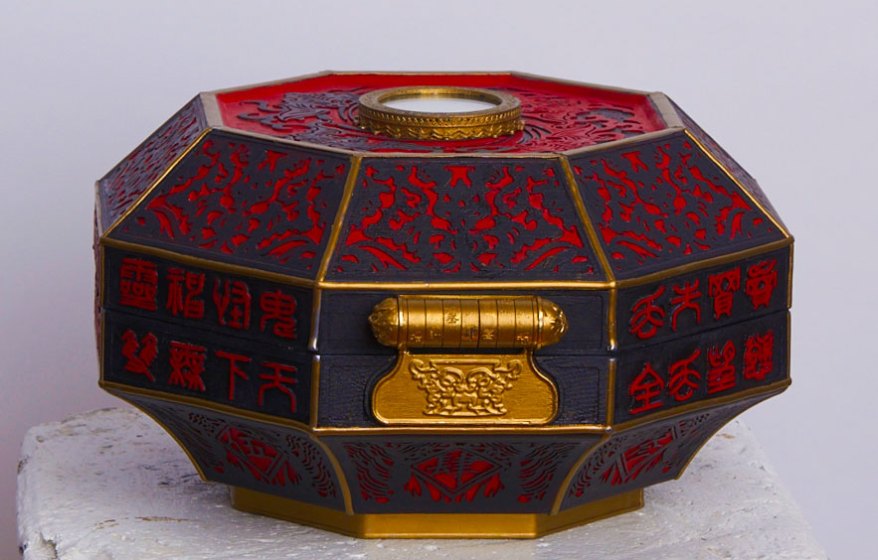 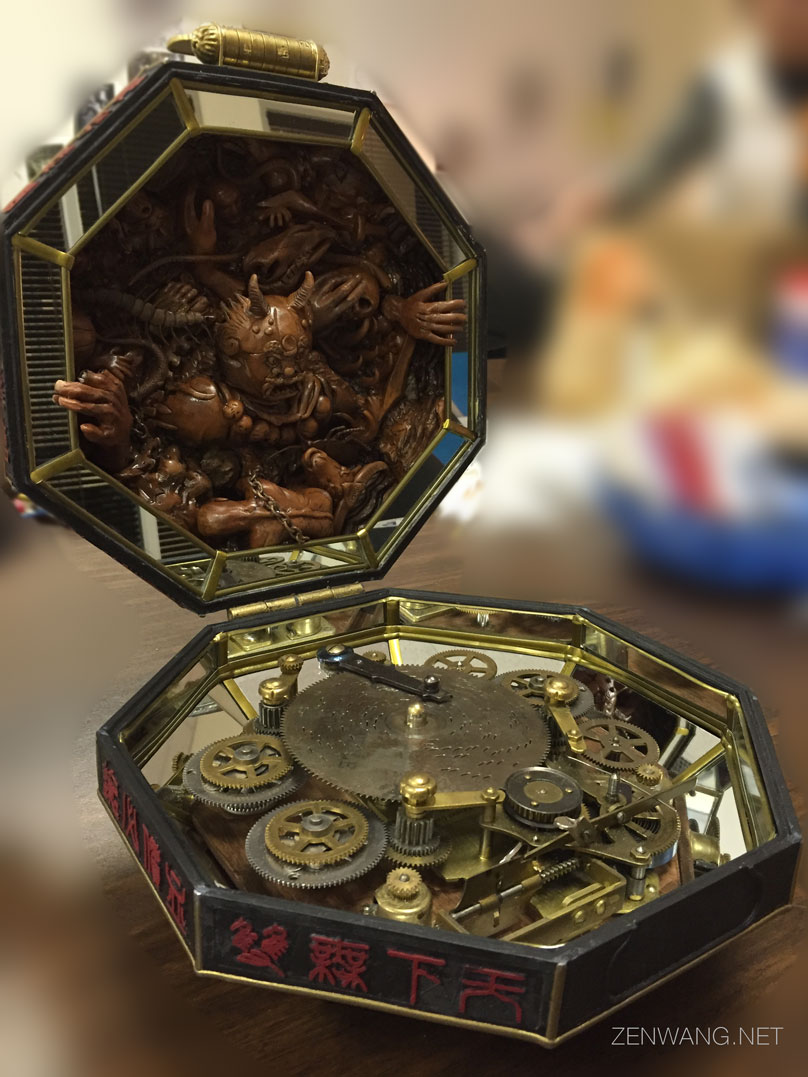 I believe in love. I believe we should love what we do. I love making art and making films. This project combines my Chinese cultural background, my sculpting skills, my engineering knowledge and my film training. I am proud of it and proud of our team of Director, Production Designer, Art Director, Assistant Art Directors, Painters, Props Masters and Post Production. We are the people behind the films you see. We love what we do. We hope you do too.

Click below to see a trailer of Wish Upon.