War affects us all … in the end 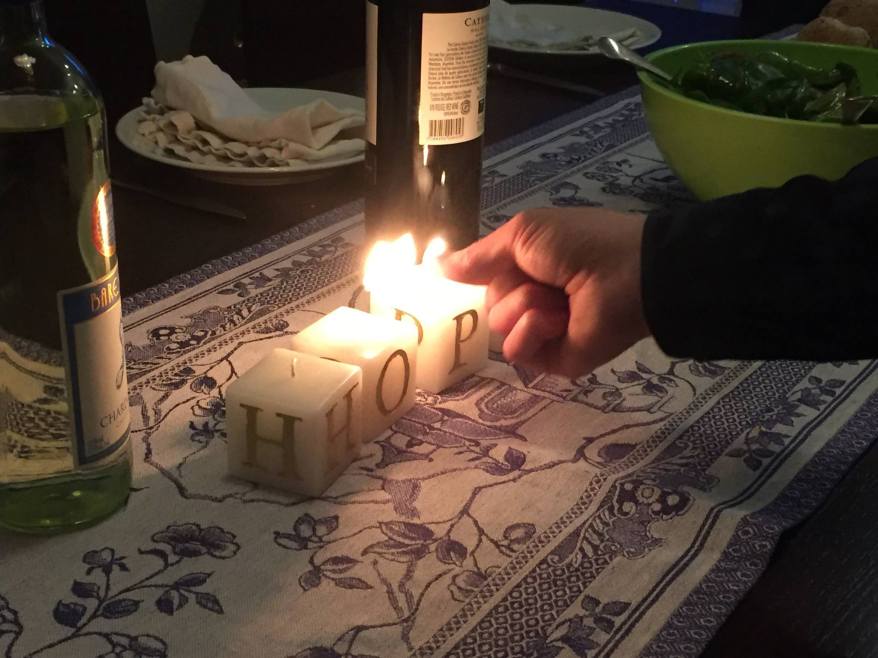 My wife Toby remembers sitting on her grandpa’s lap asking about his tattoo: “Grandpa, what do these numbers mean?” “They are my name.” He says. Well that is just silly, Toby thought, how can numbers be someone’s name.

Her grandfather is an Auschwitz Concentration Camp survivor. The stream of number was his identity. They were his name. He chose not to erase them. It was part of him. He survived the camp by being a stable boy. Surviving on oats and potato peelings meant for the officers’ horses. He remembers watching his sister being raped and his entire family shot or arrested. He remembers the cold, long, deadly marches through the snow. He remembers seeing thousands of prisoners arrive and very few leaving. He remembers too much. For a boy of just fifteen years of age.

After the war he became a baker and confectionary maker. “I just wanted to be surrounded by sweetness. I just wanted to make people happy.” He even took part in baking Queen Elizabeth’s coronation cake. He married and started a family. They emigrated to Canada. But the war never left him. He became solemn and removed. He rarely shared his experiences during the war. In his fifties he passed away due to health problems he sustained in those horrible years. By not sharing his terrifying memories he was trying to protect the rest of humanity. “I just want sweetness and happiness for all.”

What about the aggressors? I read a case where a Vietnam war veteran hides in his office every 4th of July because the fireworks bring back too much traumatic memories. He watched as all his friends dropped like flies a few yards from him. He is not close to his wife because he raped young girls during a retaliation mission in a Vietnamese village. He survived the war but a large part of him died over there. He would rather suffer with his buddies than abandoning them. He refuses treatment because he feels he is betraying his friends. Most importantly, he feels guilty for surviving alone.

Fast forward to modern day. A group I am a part of sponsored a Syrian couple to live in Toronto. We donated and raised the funds. We collected furnitures and helped them settle in. At the welcome dinner the man typed in my iPhone a string of Arabic letters. When I hit the Translate button they say: “Thank you for support.” I wanted to say thank you for letting us help. Are you not a brother in need? Am I not a person who can give aid?

The Syrian man was also extremely quiet. The shock of coming to a new country and surrounded by strangers must be overwhelming. It was not until I opened up the Atlas did I see his emotions. Staring at the map of his homeland, a place he may never see again in his lifetime, his eyes started to water. He started to say things to our translator. I don’t remember a thing he said, but I do remember the feeling I felt. I felt his love for his country, for his culture, for his people, for his family. I felt the injustice we humans do to each other, I felt the shame of not being able to do more for those who are suffering. So my eyes also watered up.

Some say war is inevitable. I disagree. Conflicts are inevitable and there are many different ways to resolve them. “Mobilization to deal out violence should be used as the last resort.” says Sun Tze, the author of The Art of War (500 B.C.). In today’s climate, people often resort to physical violence as a first response to pain and stress. Take a deep breath and think about the consequences. Think about all the grandfathers a hundred years from now, having to explain their scars to their innocent grand daughters. What kind of world do you want to leave behind? We can all start creating that world Today!

Zen is a filmmaker with a mission to “Share stories that matter with people who give a damn.” He has produced four   documentaries and is working on the fifth one. He also works on film and TV productions as Art Director.